Barbara Wright of the Madison Originals 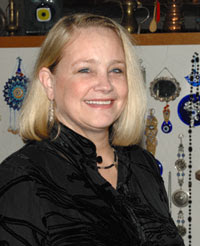 Owner of The Dardanelles is a true “original” who also represents 40 locally owned Madison restaurants
By Vesna Vuynovich Kovach
In Brava magazine, April 2007
Column: Around the Table

“Local, independent restaurants are where the flavor is,” says Barbara Wright, president of The Madison Originals, a non-profit association of over 40 restaurant members. “It’s where the cutting edge of regional cuisine is found – where it was born and where it’s preserved.” What makes local eateries so special? “The owner is almost always in the house. There are real chefs in the kitchen, who hone their skills nightly and stand behind their food. Owners buy locally and know their suppliers, often with relationships that span decades. The food is prepared with skill and love, from foods selected for their nutrients and flavors.”

In the three years since the birth of Madison’s chapter of the Council of Independent Restaurants of America (CIRA), Madison Originals has been increasingly active in the community, holding golf outings, charity events and even a lively chef’s battle at the annual Madison Food & Wine Show. Earlier this year, the Originals organized Madison’s first annual Restaurant Week – “wildly successful,” says Barbara. And the group’s quarterly Madison Originals Magazine showcases local businesses, services and attractions of all types.

This month, Around the Table talks with Barbara Wright, who, along with being president of the Madison Originals, serves on the board of directors of CIRA. A 54-year-old native Chicagoan with a lifetime in the culinary trade, Barbara has owned The Dardanelles restaurant on Monroe Street for over a decade.

VVK: What is the Madison Originals all about?

BW: We are a confederacy of independent owners who have formed a union to promote the idea of local dining. This is our guiding philosophy.

Independent restaurants are an integral part of the neighborhood, of the community. We know our customers and they know us. We create intimate places where you can come back again and again and find the same good food and the same warm reception. We train employees – in a positive and supportive environment – real culinary skills that stay with them a lifetime.

Independent restaurants have been suffering from the onslaught of chain restaurants not only moving into town on their own, but also lured to surrounding towns by the dozen by developers and city councils. We get no subsidies or special financing. No one pays to build roads up to our doors. We put our life savings on the line and live our dreams. The Madison Originals has created a network of friendships and support to help us do all of this.

VVK: How did the Madison chapter get started?

Three years ago, Marcia and Patrick O'Halloran, the owners of Lombardino’s Restaurant, saw a sticker on the door of a Kansas City restaurant while on vacation. They were told all about the Originals idea from the owners, and brought that idea back to their colleagues in Madison. The response was overwhelming. New restaurants join every month.

Last spring the board of directors of Dine Originals [CIRA’s trademarked name for its national network of associations] came to Madison and loved it! They were most impressed with the farmers’ market and our local network of farmers and suppliers. In many ways, Madison is way ahead of the curve. We have a great life here.

VVK: Tell me about Madison Originals Magazine. It’s so good looking, and such a celebration of local food and more – I always keep my copy for months.

BW: It’s one of our many successes. It has been so well done that other chapters around the country have been looking into publishing one just like it. It helps us to promote the many events we do each year.

VVK: How did your restaurant, The Dardanelles, come to be, and what does it mean to you personally? I understand it wasn’t always an easy road. 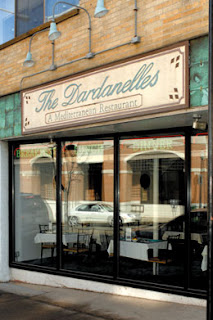 BW: I started the Dardanelles Restaurant in 1996 with my then-husband and two Turkish partners. We had such high hopes. We were excited about bringing the fresh taste and colorful flavors of the Mediterranean cuisine to Madison. We wanted to create the warmth of Mediterranean hospitality here on Monroe Street. We all worked hard to build the interior and set up the restaurant.

When we opened, I worked 12 hours a day, seven days a week. We all were new at our jobs, and we trained, altered and rearranged as we went. Although I had talked to my husband and my partners about the huge amount of work starting a restaurant could be, they were overwhelmed. My partners fought with each other in Turkish and wanted to work only a few hours a day. They were the owners, they said, not the slaves of the business. My then-husband wanted to make profits right away, even when other restaurant owners explained that profits came later.

Within the first year, my partners were gone and my husband and I, married 25 years, had separated.

The business continued to grow and I worked hard to keep it growing. Today, I have a wonderful, supportive staff. Youssef Amraoui, whom I married three years ago, runs the kitchen with finesse. He is a Moroccan culinary school graduate – originally from a nomad family in the Sahara Desert near the border between Morocco and Algeria – who came to Madison after a stint at the famous Memphis Peabody hotel restaurant, Chez Phillipe. We continue to create new and classic cuisine from all over the Mediterranean region for all our friends in Madison.

Labels: Around the Table, Brava, food and drink, profiles

Recipe in Barbara Wright of the Madison Originals
By Vesna Vuynovich Kovach
In Brava magazine, April 2007
Column: Around the Table

Ask for a “tortilla” in Spain, and you’ll be served a cool wedge of potato omelette that’s fragrant with olive oil and garlic – not a Mexican burrito wrapper. Both words derive from “torta,” a flat, round cake.

“Spain’s cuisine has been shaped over hundreds of centuries by a succession of invaders – Phoenicians, Roman and Moors,” says Barbara. Their culinary influences are still felt in the delicious traditional foods enjoyed today.” This recipe is for a brunch favorite at The Dardanelles, where they like to top it with Kassari cheese – from Greece, farther east along the Mediterranean’s shores.

Beat eggs in small bowl with 3 teaspoons water until lemon colored. Season with salt and pepper. Set aside. Heat olive oil in a nonstick skillet or sauté pan on medium heat. Fry potatoes until cooked but not brown. Drain oil and set aside. Add onions, pepper and garlic to pan. Sauté for three minutes until aromas are achieved. Add egg mixture and spinach, submerging spinach in the egg and cook one minute, then use spatula to loosen from bottom of pan and guide uncooked egg to sides. When solid, cover the pan with a plate. Hold plate with a hand and turn pan over to invert tortilla onto plate. Return uncooked side to skillet by sliding from plate to cook on second side. Cook two to three minutes more. Watch out for hot oil when turning the tortilla in this way!

Serve hot or cold. Garnish with aioli and black olives.
Posted by Vesna VK at 7:44 PM No comments: