This Brazilian favorite is “like a rich, satisfying macaroon,” says Joan, “with rich, golden yellow tops.” Included in her first volume. Eat Smart in Brazil, it’s a delicious fusion of African cookery with the European sweet tooth. In Brazil’s colonial days “the young girls of the plantation mansions, or casas grandes, were addressed as Yá-Yá by the slaves,” says Joan, who suggests using the leftover whites in egg white omelettes. (Or, save towards Betty Arp’s 13-whites Angel Food Cake, given in “Around the Table,” June 2006!)

Preheat oven to 350° F. Cream the butter and sugar, mixing well. Add yolks one by one, stirring well after each. When the sugar is completely dissolved, gently stir in coconut.

Lightly grease a shallow muffin pan and fill to a depth of 1 inch. Set into a baking tray containing about 1/2 inch of water and bake for about 35 minutes, making sure the water doesn’t boil over into the muffin cups. The quindins will be lightly browned on the surface.

Cool. Carefully loosen the edges with a knife before inverting the muffin pan over a flat surface. For best results, Joan recommends unmolding each quindim (the singular ends in “m”) one at a time.

Fresh coconut? You can do it!
Sorry, but shredded coconut from a bag won’t work here. Says Joan, “It doesn't have the same taste, consistency or moisture.” Fortunately, fresh, whole coconuts are available in the produce aisle of nearly any supermarket, and armed with Joan’s simple – if a bit adventuresome – method for getting at the tasty innards, you’re on your way to a heavenly coconut flavor and texture that just can’t be matched.

Heat the coconut for 10 minutes in a 350°F oven to crack it. Using potholders, remove from oven and place in a large metal bowl on the floor. Cover with a towel and hit the coconut with a hammer to break it completely open. Separate the coconut meat from the outer shell, prying with a dull knife if needed. Use a vegetable peeler to scrape away the thin brown skin that clings to the white coconut meat. Grate the meat in a food processor. “Whatever you don't use of the grated coconut, you can freeze for later use,” Joan says.
Posted by Vesna VK at 6:36 AM No comments:

Combining a passion for travel and a love of all things gourmet, Joan Peterson transforms travel for foodies abroad.
By Vesna Vuynovich Kovach
In Brava Magazine, January 2007
Column: Around the Table

With her Ph.D. in zoology and post-doctoral degrees in molecular biology and biochemistry, Joan Peterson was enjoying a successful science career at the UW-Madison. She left it all behind to write books about how to eat well abroad.

After one hard-earned overseas vacation meal too many in restaurants packed with other tourists all carrying the same guidebooks listing the same small handful of eateries, Joan decided to do better research next time. So when she and her husband, David, were planning a trip to Brazil, Joan started assembling a list of menu entries she might encounter there, and an accompanying glossary of culinary terms.

As she learned about the cultural influences shaping the country’s many cuisines, Joan found herself adding a history of the place. Next came sections on the culinary variations among the nation’s distinct regions, recipes for trying out the tastes ahead of time, guides to the supermarkets and open-air stalls of Brazil, and even contact information for international goodwill organizations.

Joan’s pamphlet had become a full-length travel guidebook, Eat Smart in Brazil (1995). Since then, she’s followed with guides to good eats in Morocco, India (co-authored with Indu Menon), Indonesia, Turkey, Poland, Mexico and, most recently, Peru (co-authored with Brook Soltvedt, the series editor). Books in the series have gone into multiple printings and editions, won various awards, been given out to passengers on international flights, and even been used as supplemental textbooks in college language courses.

Today, as well as working with her daughter, Susan Chwae, at Ginkgo Press, which Joan founded to publish the first book, Joan directs the Travel Publishers Association (which she also founded) leads her own culinary tours to Turkey, India and Morocco, and is active in CHEW (Culinary History Enthusiasts of Wisconsin), of which she’s a founding member.

VVK: Of all the countries you’ve written Eat Smart guides for, do you have a favorite? 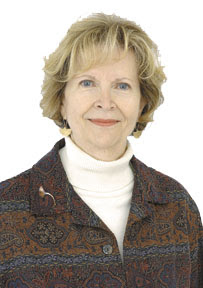 JP: I've been to over 70 countries, and the winner is Turkey. In days of old, the royal chefs tried to outdo each other to create culinary masterpieces for the Ottoman sultans, and some of these dishes are still being made today for us lesser mortals. The rich meat and fruit combinations, the silky eggplant dishes and the regional countryside dishes that are so nourishing and cleverly conceived are exquisite. Not to mention the wide array of desserts pulled together from ultra-thin dough, or from dough threads. And every bit of food served comes with an enormous dollop of hospitality.

[On my first visit] I especially loved the pre-dinner tidbits – meze – served with lion's milk, the anise-flavored native brew called raki, distilled from grapes. The liquor is clear until ice and water is added, whereupon it turns white, hence the “milk” moniker. “Lion” because it packs a wallop.

VVK: Are culinary traditions alive and well around the world, or are they struggling?

JP: The culinary traditions – local, regional and national – of foreign destinations seem alive and well despite the intrusion of fast food joints, which have, in many destinations, become the "in" place for kids to celebrate a birthday. One of the strangest observations for me was in Marakesh, Morocco, where the McDonald’s was frequented predominantly by French tourists.

VVK: What advice would you give someone who is going to visit a foreign country and would like to get the most out of it, culturally and culinarily?

JP: Eat where the locals eat – typically in small family restaurants off the tourist path – to eat what the locals eat. For the most part, ignore the restaurant suggestions in major general guidebooks. Try to eat in homes. Some families thrive on inviting foreigners to share a meal with them, which also allows them to practice their English. Join an organization like Servas International [a non-profit network of hosts and travelers], for home stays or day hosting.

Take along an Eat Smart guidebook, and read it before the trip! Learn the names of traditional and regional dishes beforehand so you can order them from a – probably – “Englishless” menu. Choose ahead of time some you want to try. Learn some useful phrases to use in the markets, like "What is this?" Take photos of foods new to you – after inquiring if it’s OK.

Have a large appetite. Come with curiosity, an open mind and willingness to try new and sometimes pretty bizarre – to us, the visitor – foods, beverages, spices and seasonings.

VVK: One of the most astounding things about your books is how very many foodstuffs are completely new to me, like the fruits in different countries. What’s one of the most interesting and unusual you’ve found?

JP: The ice cream – sahlepli dondurma – made with powdered orchid root – sahleb – is still the most amazing food item to me. It’s one of the culinary delights of Turkey. Not only does it remain frozen at a higher temperature, 40 degrees, but it takes on an incredible taffy-like elasticity. Colorfully costumed street vendors show it off, pulling and stretching it into ropes two to three feet long with long metal rods.

VVK: Have you encountered things just too weird to eat?

JP: Many weird foods can be found if one treks far off the path, but in general tourists are unlikely to encounter them. I never have eaten anything weird, [like] the big bats sold at the markets in Sarawak [in Indonesia.] As an informed food writer, I do know about them, and could give you more examples. But the purpose of my books isn't to emphasize the weird. I write the guides so that eating in foreign countries is a more satisfying cultural experience for travelers.

I know food oddities make good copy, but emphasizing them does turn some people off and make them hunt down American fast food joints instead of getting to the heart of the culture through the food when they travel.

VVK: What have you learned in the process of writing and producing these books?

JP: I've learned how rewarding it is to interact with people of a different culture. The subject of food kindles the warmest relationships. I have experienced over and over again that it's the cuisine that takes us to the heart of a culture.

VVK: What’s your favorite thing about what you do? The most difficult?

JP: I especially enjoy researching and writing the chapter about the culinary history of a country. The most difficult part is that there are so many countries to write about and so few years in a lifetime.

VVK: Where are you going next?

JP: Sicily. It’s a fabulous island that many visitors to mainland Italy don’t include on their itinerary and should. It experienced a different history than the rest of Italy and its delicious cuisine reflects this.
Posted by Vesna VK at 6:33 AM No comments: