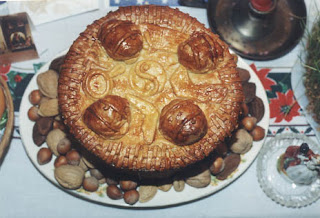 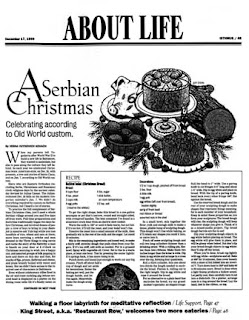 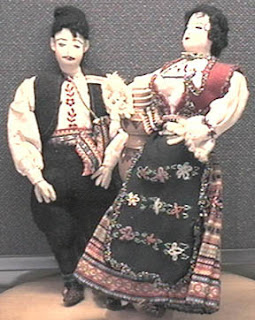 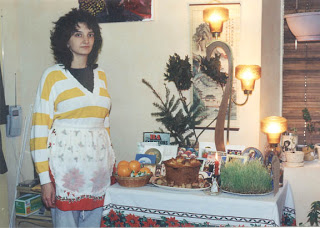 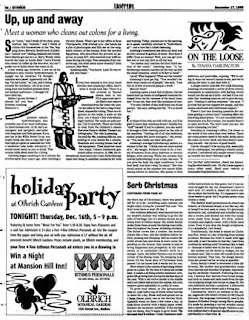 On a platter, arrange nuts in a ring around the bread. (Some people balance the bread on three red apples, and cover the platter straw, hay, and dried grains; some surround the bread with fruits instead of nuts.) Lay the basil, tied in the ribbon, on top.
Posted by Vesna VK at 6:31 PM 3 comments: